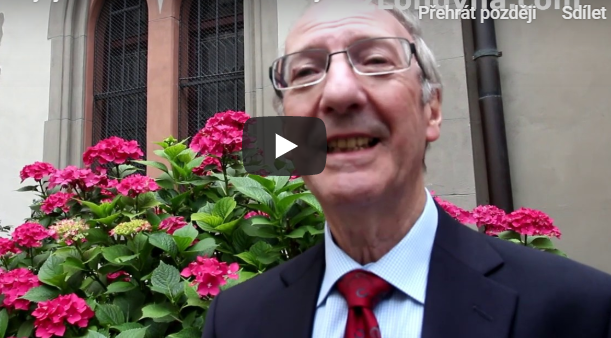 Even this year we remind a sad anniversary of the Kristall Nacht when Nazi in Germany and in the occupied Sudetenland burned synagogues and Jewish shops. it was followed by the Holocaust, when the Jews were persecuted, mistreated and mass murdered in Nazi Death Concentration camps. Only a few of the survivors returned home. Another tragedy, however, was the ensuing cold War, which divided the Jews from eastern and Western countries of Europe and their families. Many of them are still searching for their ancestors. And they are some – we can really call them – Angels – who help them. For example, Libuše Salomonovičová, a former archivist from Ostrava and David Lawson from London. Cos there in London is also based the Jewish community with the Ostrava ancestors (in Kingston). Libuše brings together registry and records in Ostrava and brings contacts and connects people, David Lawson makes searches and also seeks people from Britain and other parts of the world together. One and half year ago they published the book: Ostrava and its Jews.

Libuše and David are not only the treasure of the descendants of the Jews with Czech roots based in England. The another one, hidden in Westminster synagogue, we will talk the next time.