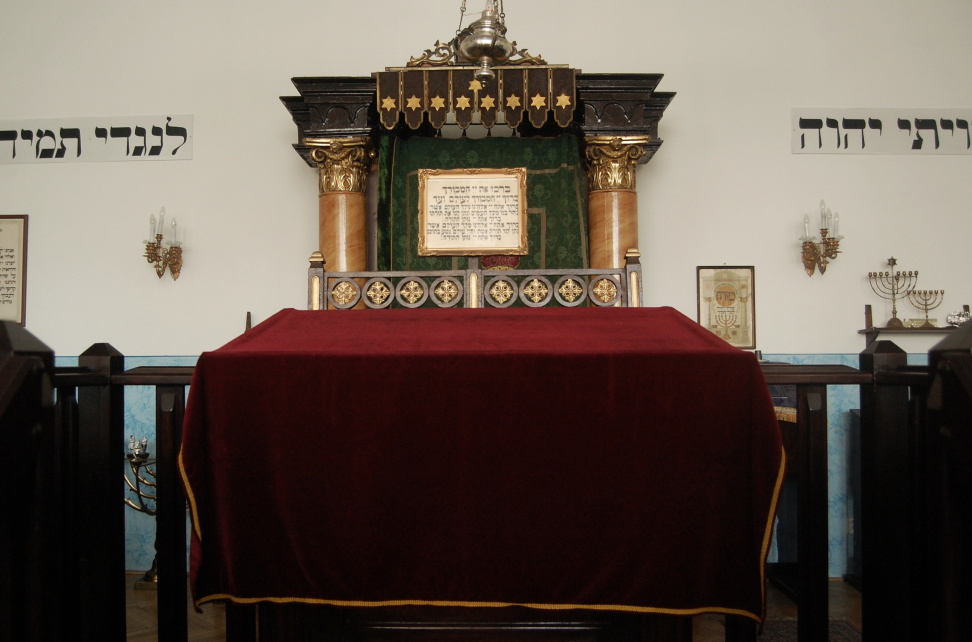 They were burned the 10th of November 1938 during the Crystal Night by SA unions from Plauen.

The current synagogue and Jewish community of Karlovy Vary

In July 1945 twenty six Jews renewed actions in the village. This is an amount of Jews who returned back from concentration camps or foreign armies (originally there were 2000 of them).

But none of them (or their relatives) lives here now. Some emigrated to foreign countries right after the war and the rest run away because of a communist regime – the first part before the year 1947 and the second one after the year 1968. They mostly found their homes in Israel, USA, Germany and other countries. Now there are officially ninety Jews in Karlovy Vary.

This cemetery was based in the year 1869. There are approximately seven hundred of tombstones. Until these days people are buried here.

This is the third Jewish hospital built in Karlovy Vary. It was open the 29th of April 1903. There were 150 sick people per month. This project was initiated by a rabbi Ignaz Ziegler. He mainly organized a collection and tried to find money for building. The institution was named after the pre-last Austrian emperor Franz Joseph as the custom was in these days. The rabbi was active for fifty years in Karlovy Vary – till the year 1938. He died in Israel. The building still stands, now there is a children hospital inside.

The Moser family and a glass factory in Karlovy Vary

“Karlovy Vary – it is an Austrian city at a German part of Bohemia, built by Czech hands from Jewish money,” – people used to say that around the year 1900. It is confirmed also by Ludwig Moser (1855 – 1916). He was an important person of the Jewish community here, but even the whole region. This businessman and owner of a glass factory in Karlovy Vary were also deciding the way of progress of glass manufacture in the whole country. He supported the growth of agriculture and contributed on progress of culture.