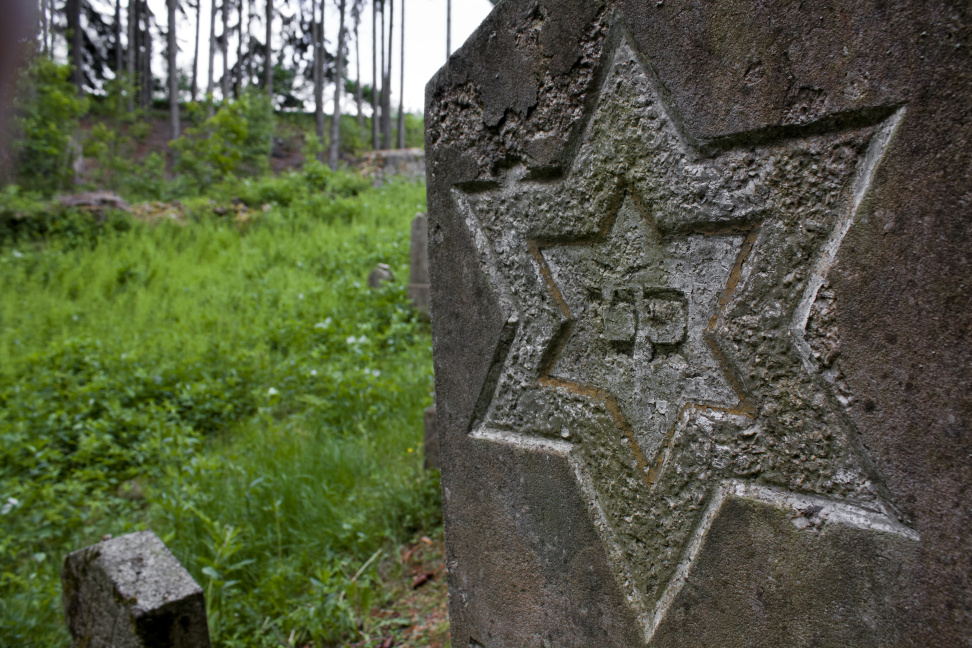 Tombstones are mostly written in Hebrew. Hebrew is read from left to right. To each character is given a Hebrew letter, number, and even symbolism. For example, A means Alef (the meaning it’s the head of a bull, while thus identifies itself Bh), therefore means the letter A and the number 1. When it is necessary to ascribe the year so they write rings above letters and the sum of these rings is the year. (The year according to the Jewish tradition is different because they did not start from 0 with the coming of Jesus, but went further in AD.)
Most of the graves has only vertical section – the plate on which the text can be found. There’s no ‘deferrals area’ on the bouquet, which generally follows the body deep below the surface.
At various times, the trend of burials was different. Sometimes people were buried horizontally (a deceased was placed as we used to – like lying) and sometimes vertically (a deceased was placed as if he stood – when there was a ‘little place’).
In Ashkenazi communities there is the tradition of erecting the tombstone at the feet of the a deceased. In Sephardic communities there is the tradition of erecting the tombstone at the head of a deceased. For us – in the Czech Republic and in the Karlovy Vary region were Ashkenazi .