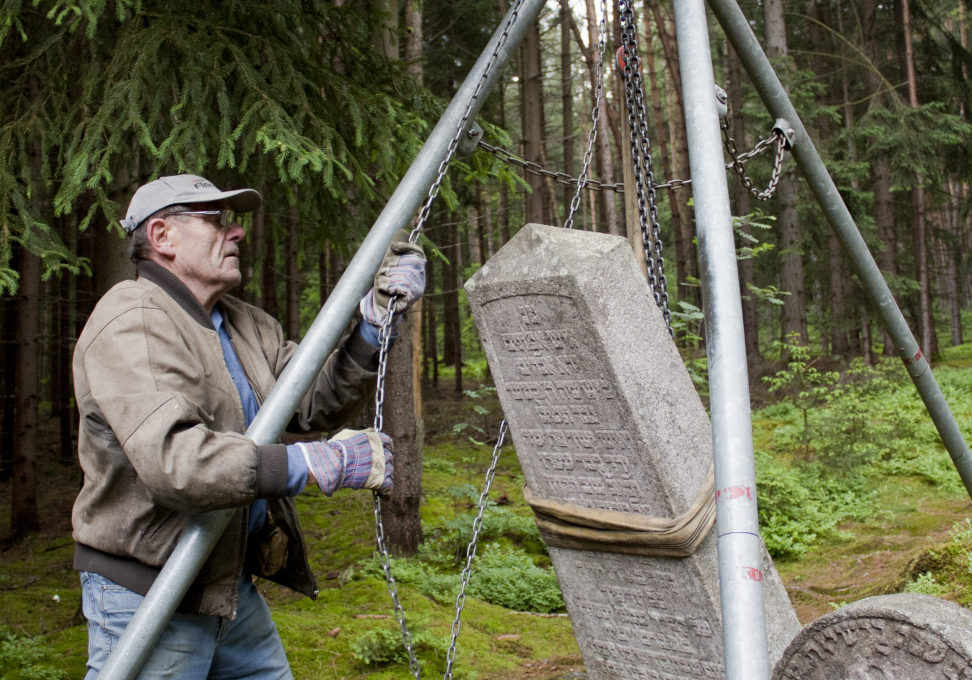 The Communist regime was not much better to Jewish cemeteries than a Nazi one. For example, in Cheb Nazis were not responsible for “deleting” a local Jewish cemetery – but on the contrary – after that – last German residents were expelled after the war – the town hall unofficially declared this place for a quarry. So Czechs went for gravestones, were taking them away and used for private or public purposes (paving, etc.). Today, as we mention in the text below, there is still a gardening colony on the cemetery. The city had more important things to worry about – for example, to repair a German military cemetery – it was high-profile media events. The event also reminded the leadership of all German survivors and politicians (over 2000 people), that now, when the cemetery is repaired, the German side could ‘nudge’ affair with a German part which belongs to the city (it was, of course, about money and politics). And that is why it is extremely important to map and restore Jewish cemeteries in the other way than political reasons that have already inflicted a lot of evil.

Also a jewish volunteer Jaroslav Achab Haidler does an excellent work. He travels throughout the country and maps of Jewish cemeteries and graves in them. Of course he also documented and helped to initiate the campaign of Jewish cemeteries in the Karlovy Vary Region. He and his fellow, enthusiasts, from the civic association Keshet (an arch), among them also a historian from Karlovy Vary Lukáš Svoboda, help to recreate an image of the local history. Furthermore, there help volunteers from the organization Aktion Berlin Sühnezeichen Friedensdienste. They regularly go to cemeteries in the region and always stay a few days and clean the tombstones, lift them using a special technique, finish up documentation (reading tombstones and their identification).